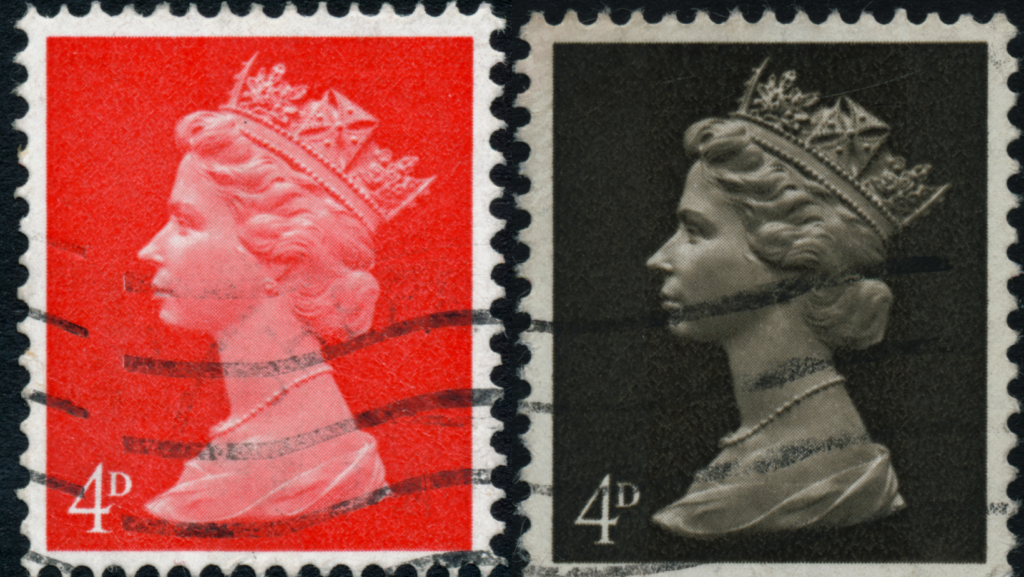 As the world mourns Her Majesty Queen Elizabeth II and her long reign as monarch of the United Kingdom, we honor her important role in the conservation of heritage breeds of farm animals. Without her intervention, the Cleveland Bay horse might have been lost, along with several other breeds she helped to protect.

Her son, now King Charles III, continues her legacy as the patron of our sister organization in the UK, the Rare Breeds Survival Trust (RBST). He is also deeply involved with transforming the Queen’s Sandringham Estate into an organic enterprise, stating, “It has always seemed to me somewhat logical to embrace a farming system that works with Nature and not against her, thus restoring the lost fertility and carbon-sequestration capacity of the soil on which we rely for our very existence upon this planet.”1

At The Livestock Conservancy, a non-profit working to protect over 150 heritage breed farm animals from extinction, we are grateful for Queen Elizabeth II’s important work in drawing attention to and protecting these heritage breeds. 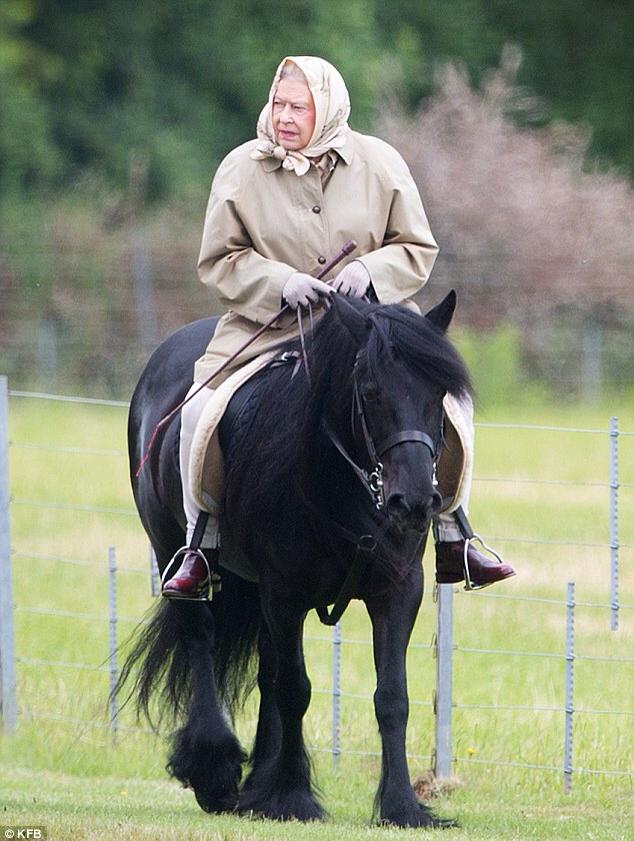 Queen Elizabeth II on her Fell pony in 2015, photo courtesy of KFB

The Cleveland Bay was developed in Yorkshire, England from a foundation of native horses with some additions of Galloway, Andalusian, and possibly Arabian blood. It was selected for strength, speed, soundness, and stamina. The breed became rare in the 1900s when mechanization eliminated the demand for farm, coach, and road horses. The growing market for sport horses was of little help because the lighter and faster Cleveland Bay crossbreds had more value than the purebreds. This economic reality led breeders to crossbreed their mares. The decline of pure breeding nearly caused the breed to become extinct.4

By 1960, only six purebred Cleveland Bay stallions remained alive. The British royal family and a few other breeders took the initiative to conserve the breed, and its fortunes have slowly improved. There are perhaps as many as 1,000 Cleveland Bay horses alive today, with about 180 purebreds in North America. 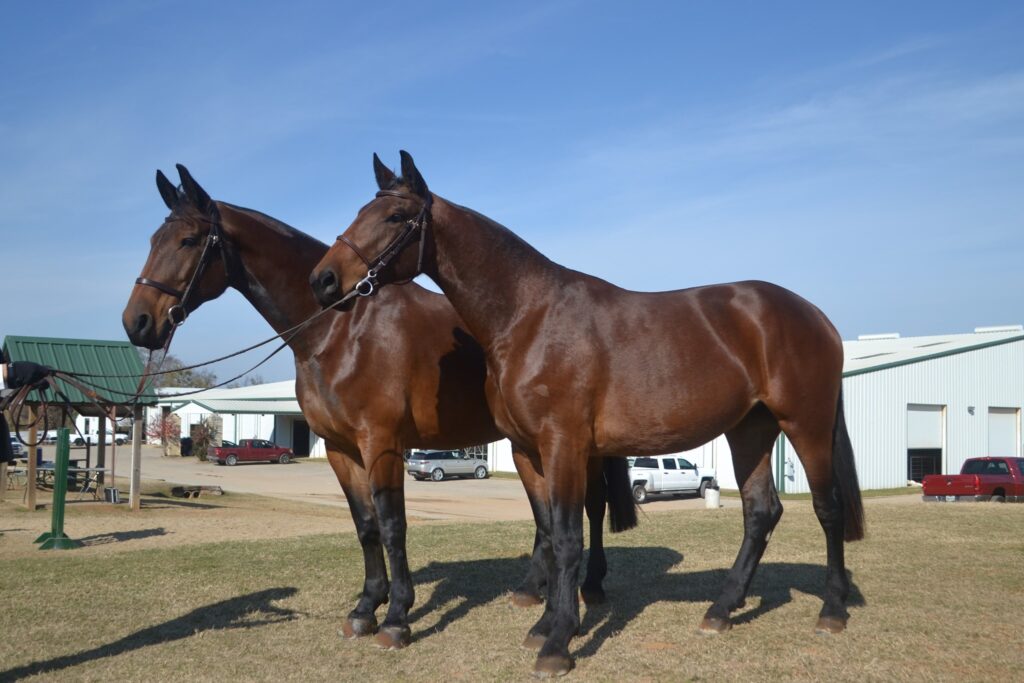 The Fell Pony is one of five native English pony breeds, the others being the Dales, Dartmoor, Exmoor, and New Forest. These breeds descend from the ancient Celtic horses of northern Europe that migrated to the British Isles. The Fell originated in the uplands of northern England where they were used as pack animals for the lead-mining industry on the western slopes of the Pennines. Their close cousin, the Dales Pony, was used on the eastern slopes. Up until the 1800s, these hardy ponies carried loads of lead ore down to the coast from the mines. Then, they returned carrying coal, traveling 200 miles per week over rocky, rugged terrain.

Queen Elizabeth owned and enjoyed her Fell ponies, a breed with an estimated global population of less than 6,000. Her ownership brought them into the public eye and helped spread awareness of the breed. Melissa Kreuzer, Chairperson for the Fell Pony Society of North America, Inc. (FPSNA) spoke about the Queen’s dedication to Fell ponies throughout her lifetime, “Her Fell Pony prefix, Balmoral, began in 1952 and she continued to breed dozens of Fell Ponies over the years, with foal registrations continuing into 2021.“5 She was the Patron of the Fell Pony Society for 40 years.6

She was often photographed on Fell ponies, including the photo above when she was 92 in 2018.7 Their calm temperament allowed her to continue riding safely.8

The Highland Pony was originally bred to work on small farms in Scotland, hauling timber and game as well as plowing. They are still occasionally used as workhorses and for jumping and trekking, due to their quietness, stamina, and ability to carry weight. Her Majesty Queen Elizabeth II has a large working stud of Highland ponies.

The breed is also considered vulnerable in the United Kingdom by Rare Breeds Survival Trust. At least eight bloodlines can be found in the United States, making the US population of Highland ponies important for the global conservation of the breed. 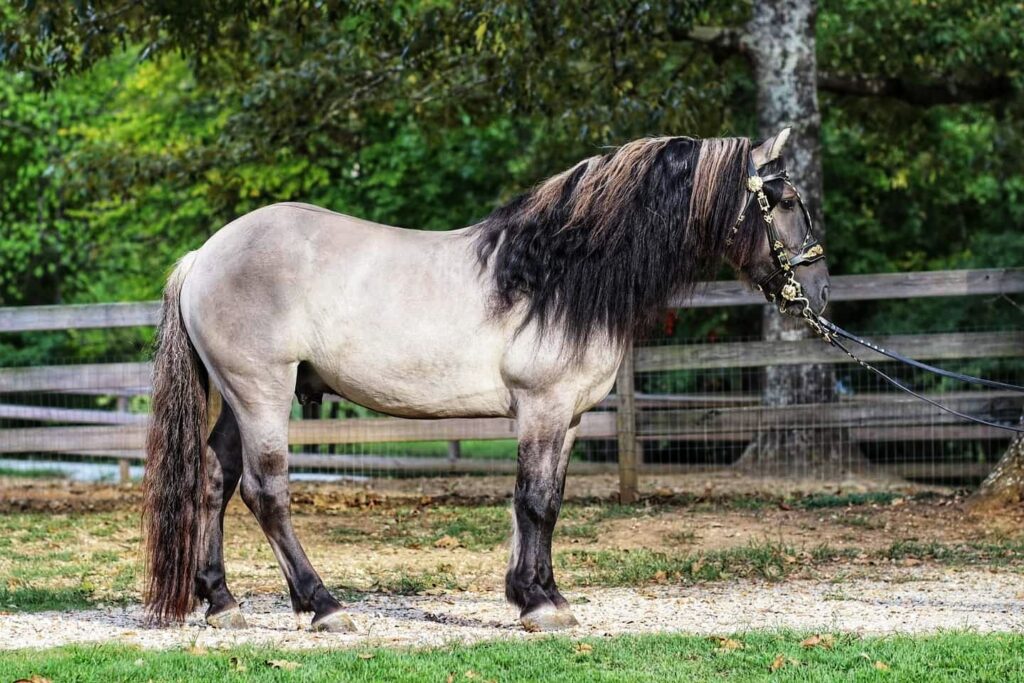 Queen Elizabeth II also intervened with Red Poll cattle, a dual‑purpose breed developed in eastern England in the early 1800s. They are threatened in the United States with an estimated global population of less than 5,000.

Red Poll cattle are raised as a royal herd on Sandringham Estate9 where the Royal Family regularly consumes them.10

Thanks in part to the attention brought to the breed by this royal flock, Red Poll cattle are no longer considered endangered in the UK by RBST. 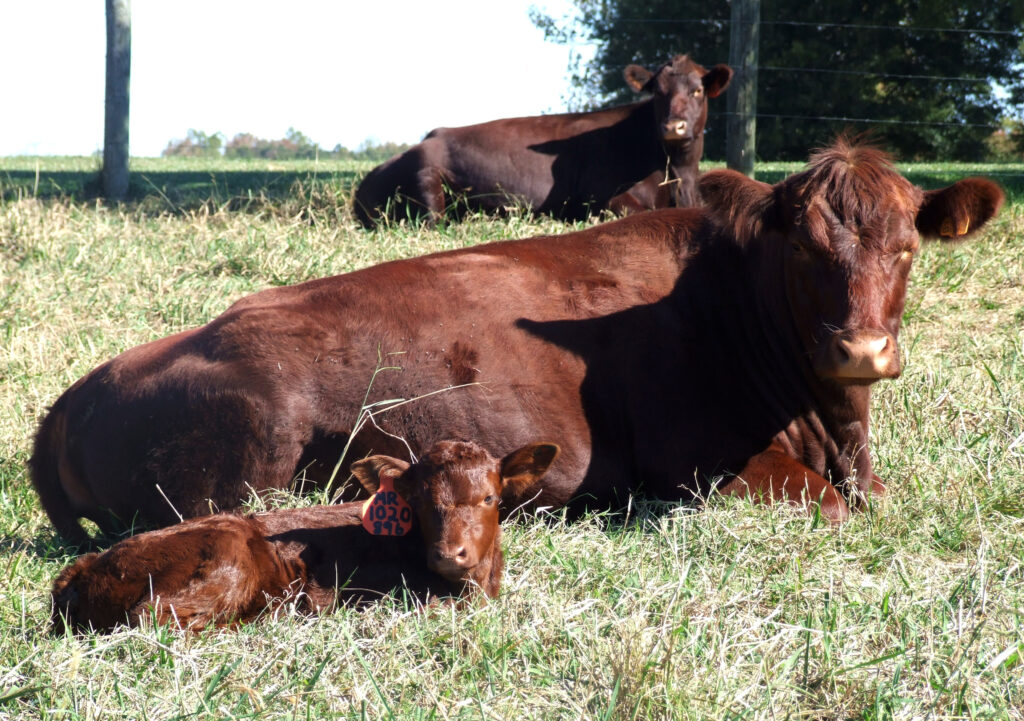 In addition to horses and cattle, the Queen also raised Gloucester Old Spots pigs, known for their docility, intelligence, and prolificacy, on her estate in Gloucestershire.11

Now rare in both the UK and US, the breed hit a high point in popularity in Great Britain just after World War 1 when the naturally large proportions of lean meat from Old Spots was perfectly suited for the production of lean, streaky bacon. Old Spots reigned supreme as the pork of choice for discerning palates and often appeared at livestock shows through the 1920s and early 1930s. The breed became rare after World War II when the shift to intensive pig production reduced interest in pigs that thrived outdoors. The remaining population became nearly extinct in the 1960s, though it has slowly increased since then. In England it is finding new popularity through a RBST program promoting meat from pedigreed rare breeds. 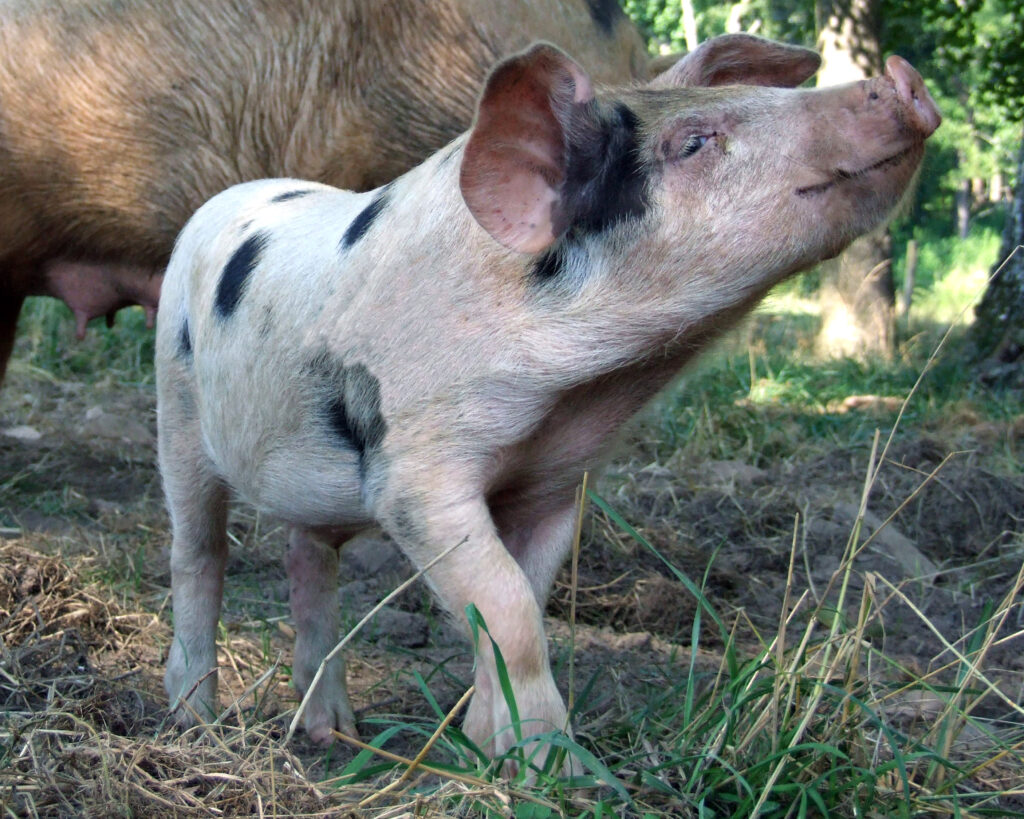 Read more about The Livestock Conservancy’s mission here. You can find all of the heritage breed farm animals on our Conservation Priority List.