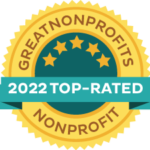 The Livestock Conservancy works in a variety of areas to support its mission of genetic conservation of heritage breeds. Here is a snapshot of our current projects! 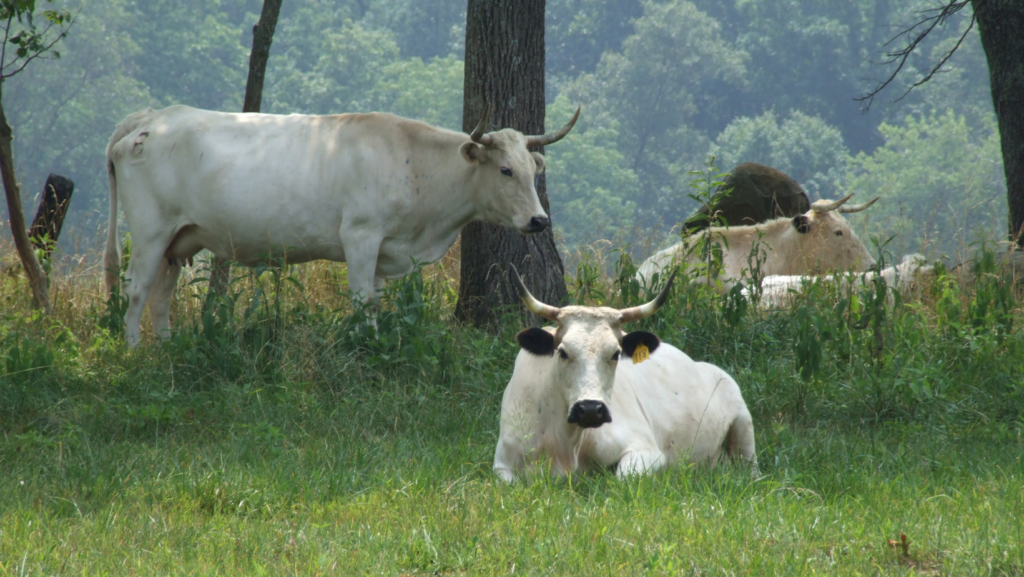 Each year, The Livestock Conservancy publishes its annual Conservation Priority List with the categories “Critical,” “Threatened,” “Watch,” and “Recovering.” This list is a tool to decide which breeds take priority for conservation efforts based on their level of endangerment. To construct the list, we gather population data on all breeds of livestock and census numbers gathered from members, hatcheries and breeders for poultry. 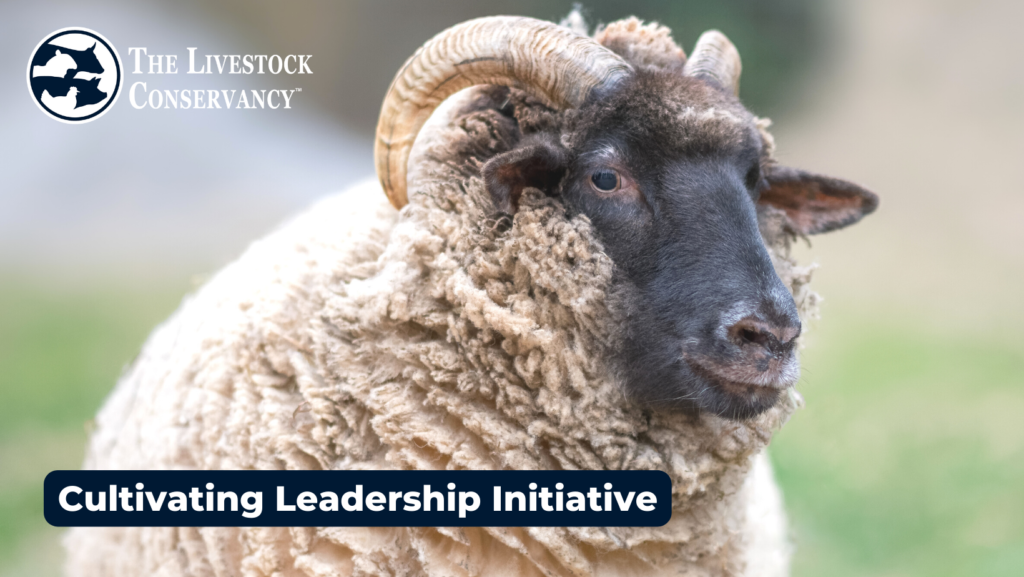 In 2022, we launched our umbrella initiative for breed organizations, the Cultivating Leadership Initiative, designed to build strong, effective breed associations and clubs. Components of the Cultivating Leadership Initiative include Breed Organization Training and Pedigree Registration Services. These programs are available to breed clubs, associations, and registries as optional services. Nearly all breed organizations for rare and endangered livestock are volunteer-led, so this program is designed to help breed associations, clubs, and registries establish and achieve high standards of operation for longevity and continued success. The training consists of 9 hour-long modules.
Learn More Here 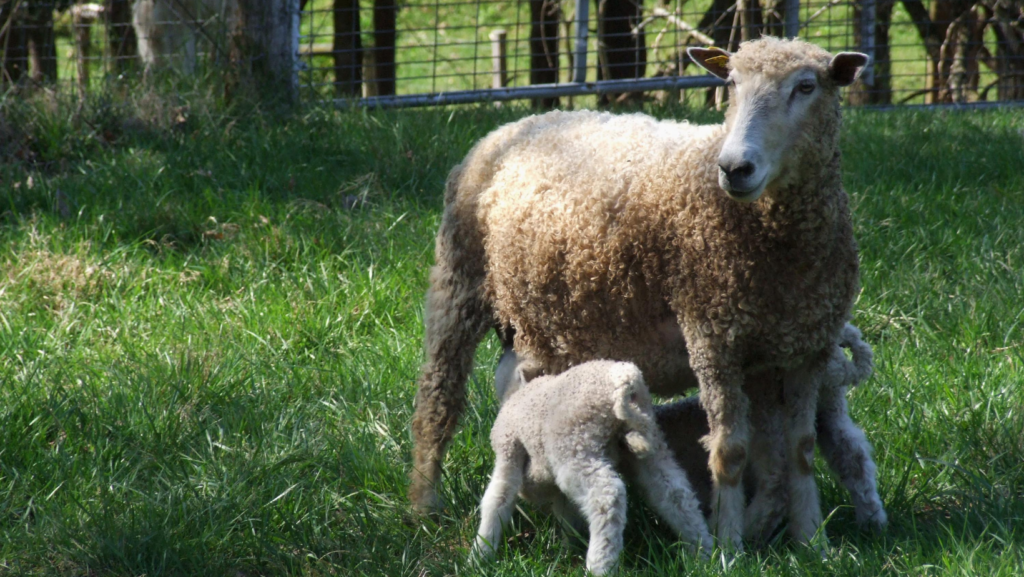 A major responsibility of a breed association is registration of animals within the breed. Currently, The Livestock Conservancy performs this service for eleven breeds. A reliable pedigree registration service, at an affordable cost to breeders of rare and endangered livestock, will help secure rare genetics, increase accessibility of information for breeding decisions, improve the financial value of individual registered animals, and safeguard historical records for years to come. We also serve as a private and secure back-up for those breed associations that are managing their own registries and other breed data but need a secure place to keep a copy of their information. 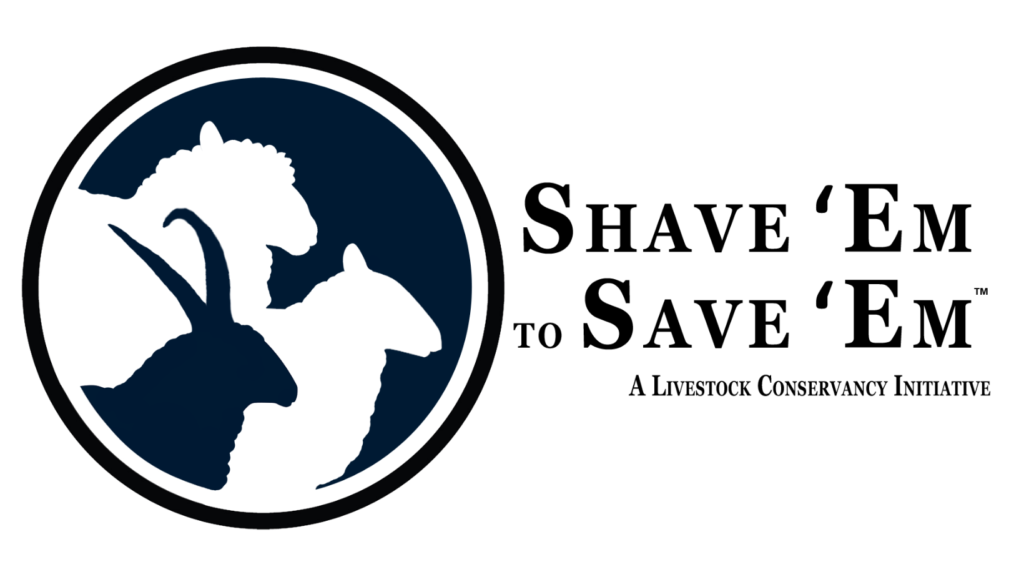 Shave ‘Em to Save ‘Em Program

Shave ‘Em to Save ‘Em (SE2SE) is a program for the promotion of rare breed wools to engage both producers and consumers. We work with fiber artists to use rare wools from endangered sheep on our Conservation Priority List, and help shepherds learn how to prepare their wool for sale and how to reach potential customers. 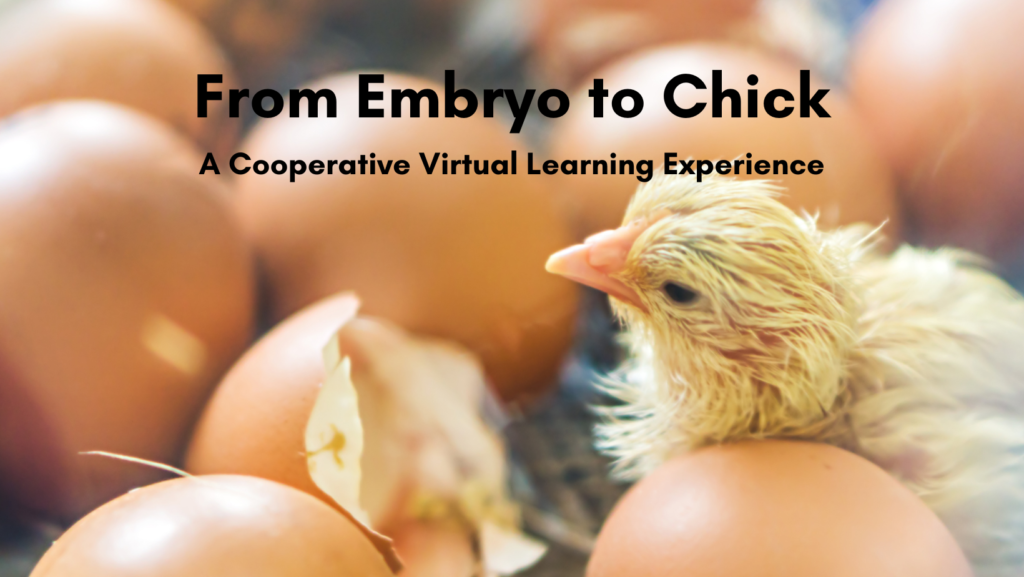 Chicks in the Classroom

For more than seven years, Chatham County 4-H has partnered with The Livestock Conservancy to use rare heritage breed hatching eggs as part of the Classroom Heritage Chicken Hatching Project. This partnership provides youth an opportunity to learn about life cycles, heritage breeds, and genetic conservation. 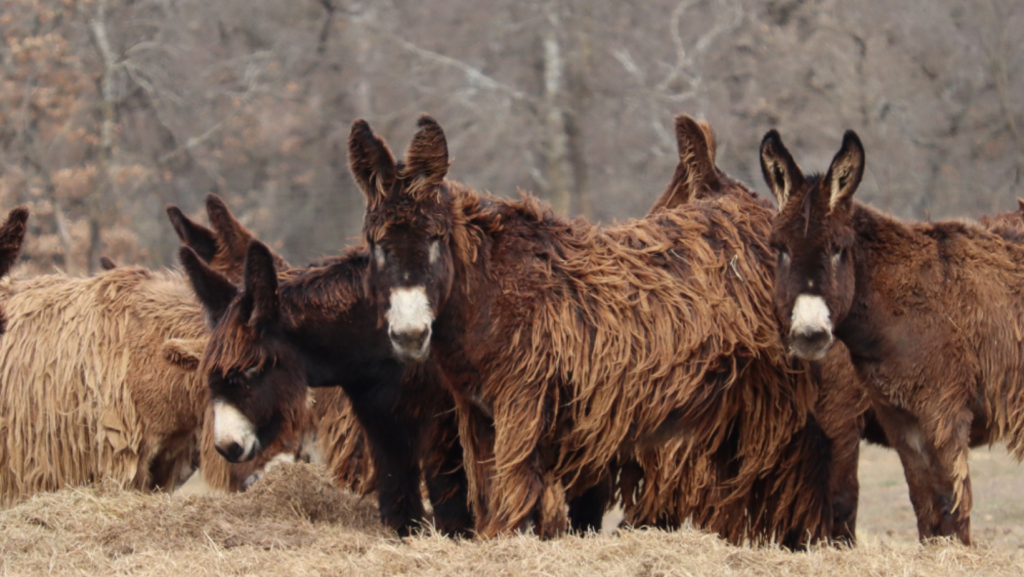 In a collaborative effort with owners, breeders, and scientists, The Livestock Conservancy launched the Poitou Donkey Conservation Project in 2020 to help save this globally endangered breed from extinction. Only about 500 breeding animals remain in the world, and more than 15 percent are in the United States. For a breed so rare, careful conservation of the Poitou donkey population in America is vital to safeguard this international treasure. 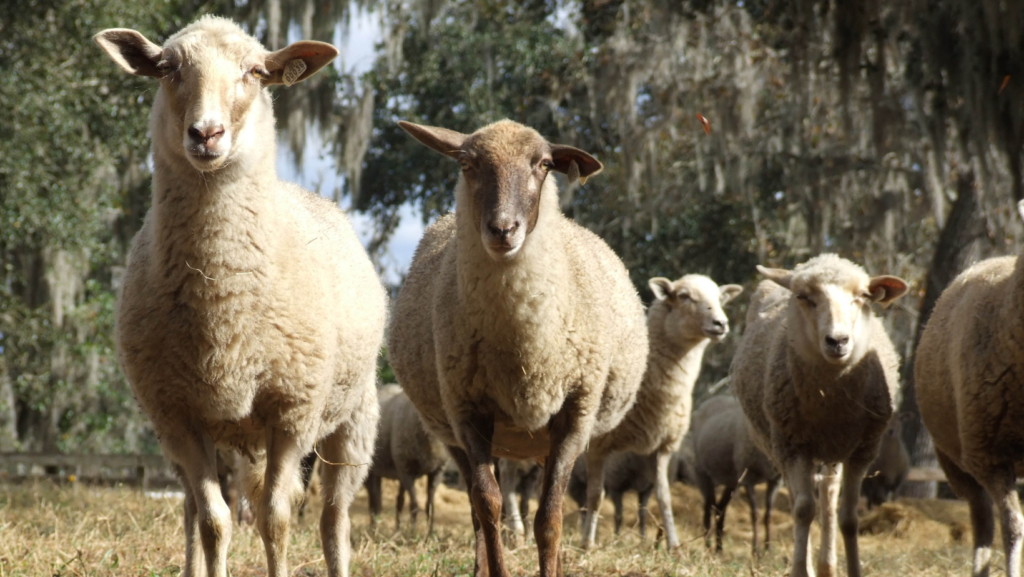 The goal of this project is to complete a ten-year population census update for heritage (and commercial) livestock breeds. The Livestock Conservancy was the first organization to conduct a national census of heritage breeds; this has been an invaluable tool in sustaining a science-based focus for our conservation work. The current census will assess both endangered and non-endangered breeds to produce an overall picture of the diversity of livestock breeds in the United States. The resulting census data from this project will drive national and international conservation objectives. 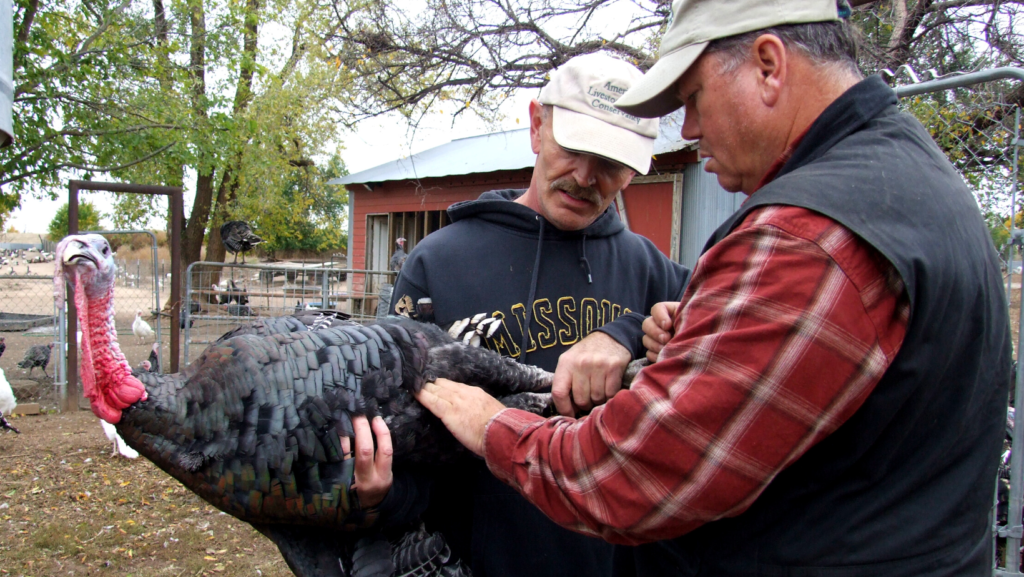 This program is based on the fundamental premise that the existence and continuity of “old-time” (Master) breeders’ knowledge is critical to conservation. Master Breeders are historians who help bridge production knowledge from this generation to the next. They are a critical resource for conservation. This project includes doing in-the-field interviews with recognized Master Breeders, documenting and teaching of their methods, and publishing the findings. 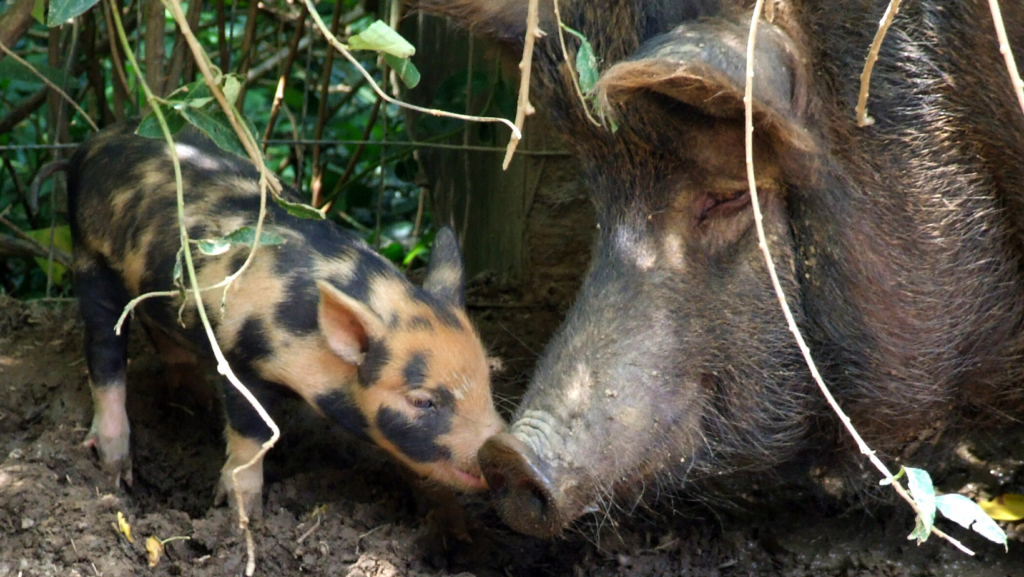 The Ossabaw hog faces many challenges as an endangered breed and one of the biggest has become the registration of purebred hogs. Breeders and owners that have chosen to not register their purebred breeding animals has resulted in important genetic diversity being lost to the breeding population. In an effort to recover some of this lost diversity, The Livestock Conservancy has chosen to create a Ossabaw Hog Recovery Program which investigates known purebred but unregistered animals and brings them back into the registry.

In addition to these projects, The Livestock Conservancy staff works tirelessly to support conservation in a variety of other ways: through publications, marketing materials, presentations, answering questions about heritage breeds, workshops, field-work, farm visits, flock evaluations, and much more – The Livestock Conservancy keeps conservation at the forefront of its mission!

Are you interested in in helping with one of these projects or providing funding to expand a project? Please contact us!

American Milking Devon Project: The American Milking Devon is an iconic American breed that helped build colonial America. Devon cattle crossed the Atlantic with colonists from England in the 1600s. Here they served as oxen to clear trees and stones from farms, provided milk for the first children born in the new land, and were served as beef at home and in taverns for early travelers. Working together, The Livestock Conservancy and the American Milking Devon Cattle Association compiled a detailed genetic analysis of the herdbook and DNA to fully evaluate the status and breed structure of Milking Devon cattle for better conservation management. Northeastern farms raising Milking Devons were recruited to measure production traits. Surveys were conducted to document feeding and management practices that impact these traits and milk samples were evaluated for fatty acid nutritional profile. Continued selection of cattle for milk, beef and draft attributes help maintain a genetically resilient breed. 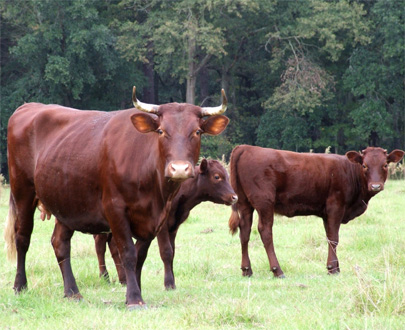 Heritage Turkey Recovery Project: In 1997 The Livestock Conservancy took a census of Heritage Turkeys and found that there were only 1,335 breeding birds in the whole United States. Between 1997 and 2002, the Conservancy began to get the word out. A specialty newsletter (“The Snood News”) was begun, and a project with Virginia Tech was initiated to compare the immune systems of Heritage Turkeys and industrial strains. Through promotion and marketing, the popularity of Heritage Turkeys grew. By 2003, the breeding population had more than doubled, numbering 4,275. The Heritage Turkey market continued to gain momentum, and more people wanted to raise the birds. As a result, the Livestock Conservancy initiated an educational program on how to care for Heritage Turkeys, and how to select quality breeding stock. By 2007, the population exceeded 10,000 breeder birds. The work is not done, but the 17 naturally mating varieties no longer teeter on the brink of extinction.

Marsh Tacky Discovery and Documentation:  The Marsh Tacky project was the culmination of a successful 4-year project to describe, document, and conserve an endangered horse breed previously thought to be extinct. The breed is from the lowlands of South Carolina and is of Spanish descent. The project included the initial discovery of the breed, documentation of the breed, networking with breeders throughout the Southeast, and re-establishing breeding and promotional plans to support the breed. Today, the breed is growing in popularity and has become the official South Carolina State Heritage Horse. Java Chicken Recovery Project: Through careful selection and breeding, The Livestock Conservancy worked with a pilot group of breeders to bring back the production characteristics of the Java chicken. In its first year alone, the project increased the number of Java chickens in the United States by 10%, but more quality breeding stock is needed. The Livestock Conservancy also worked with breeders and producers to develop economic models for successfully raising and marketing heritage chicken breeds, which benefits all farmers raising heritage chickens. Buckeye Recovery Project: The Livestock Conservancy developed a production and selection program for chickens which has set the gold-standard for expansion and selection of rare chicken breeds. The project included hatching chicks, working with breeders to selectively breed chicks, and continuing selection over multiple years to increase productivity traits. As a result of this project, the Buckeye gained popularity and moved from the Critical to the Threatened category on the Conservation Priority List. 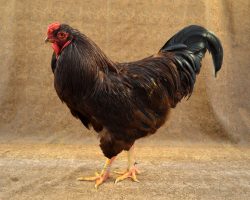 Wilbur-Cruce Rescue: A ranch strain of Colonial Spanish horse known as the Wilbur Cruce was rescued before the land was turned to a land conservation program. Dr. Phil Sponenberg, the Livestock Conservancy technical advisor, developed a conservation plan, and placed small breeding groups with breed stewards. 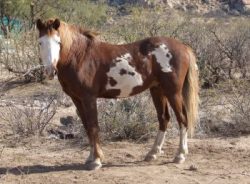 Heritage Definitions Project:  The term Heritage has been loosely used by farmers, consumers, marketers, and the public to describe traditional or historic breeds. To better codify this term for the marketplace, the Livestock Conservancy has taken steps to define Heritage for all species. Currently, the Livestock Conservancy has defined Heritage for turkeys, chickens, and cattle. Additional Heritage definitions are being developed 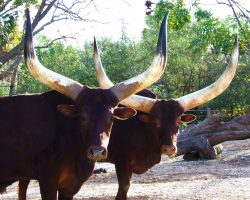