A Brief History of Goat Domestication 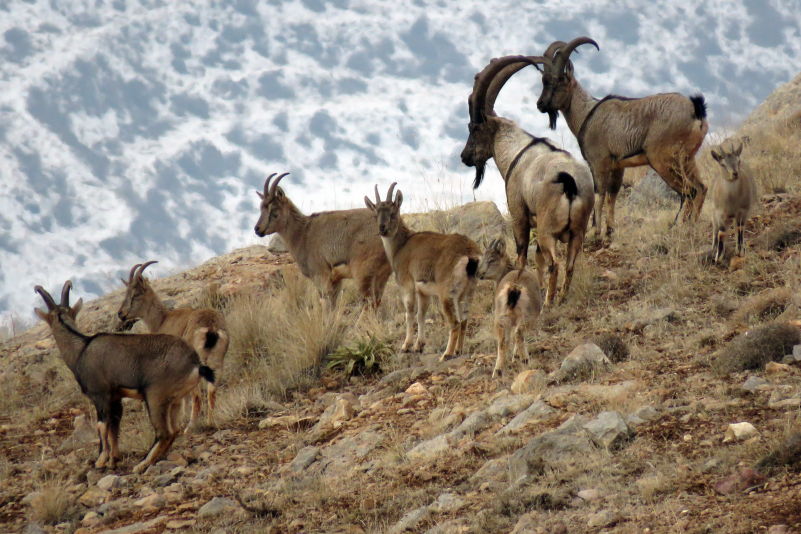 By Tamsin Cooper, Writer for the Goat Journal

Goats’ social nature and adaptability enabled early civilizations to tame them. Gradually, people began to breed them according to their needs and preferences. This was the basis of goat domestication, which over thousands of years has changed the function and form of their bodies. So far, they have been of great service to humankind, and have come a long way from their wild origins. Domestic goats descended mainly from the wild goat, Capra aegagrus, which still inhabits the mountains of Turkey, the Caucasus, Iran, and Pakistan. But exactly where did goats originate, and when did they start to cohabit with humans? Then, how did the domestic goat spread around the world? 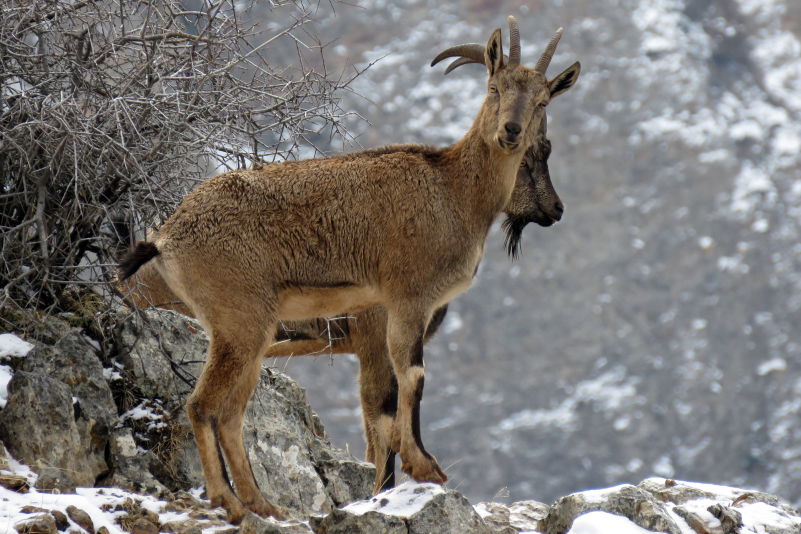 This has been a puzzle for many years for archaeologists seeking to understand the early history of mankind. Goats were one of the first species domesticated and their bones leave clues about the culture of early farming communities. Recent advances in genetic science now complement archaeological methods by comparing DNA preserved in ancient remains. Genetic similarities and differences allow scientists to track how and when populations spread and divided. Now, we are beginning to see a picture of how humans domesticated goats and spread them throughout the world.

It appears that goats were not just domesticated once by a single community, but by several distinct communities around the Fertile Crescent, at the eastern end of the Mediterranean down to the Persian Gulf. Domestication did not happen suddenly, but was a slow process, starting with the hunting of wild goats. Gradually, communities started herding their prey, then managing and breeding them. Judging by early signs of domestication, such as bones from the slaughter of male young, this started around 10,500 years ago in Anatolia (Turkey) and the Zagros Mountains (Iran). Neolithic sites reveal how the practices of agriculture and pastoralism spread around the region. In fact, genetic analyses of bone samples reveal that goat populations in different areas were quite distinct, as were their human herders. Therefore, we can infer that the communities shared ideas, but recruited goats from local wild populations.

Goats from western Neolithic sites in Turkey, Greece, and the Balkans vary genetically from those found at the southern end of the Fertile Crescent, in Israel and Jordan, and the eastern sites in Iran and beyond. The division between east and west populations appears to have occurred thousands of years before the domestication of goats, as wild animals spread to new locations.

Contributions from Other Goat Species

There are genetic signatures of other wild goat species within the domestic goat genome. The Capra genus includes species of wild goat and ibex, such as the West Caucasian tur (around Georgia), the markhor (around Afghanistan and Pakistan), and the Alpine and Spanish ibexes. Some of the genes inherited from them are related to the immune system. Herds moving into a new area could gain immunity from interbreeding with local wild animals. The West Caucasian tur evolved immunity to internal parasites present in a humid climate, and appears to have passed that trait to certain populations of wild goat. Domestic goat samples from southwestern Iran from about 7200 years ago bear this same gene, inherited from wild goats. 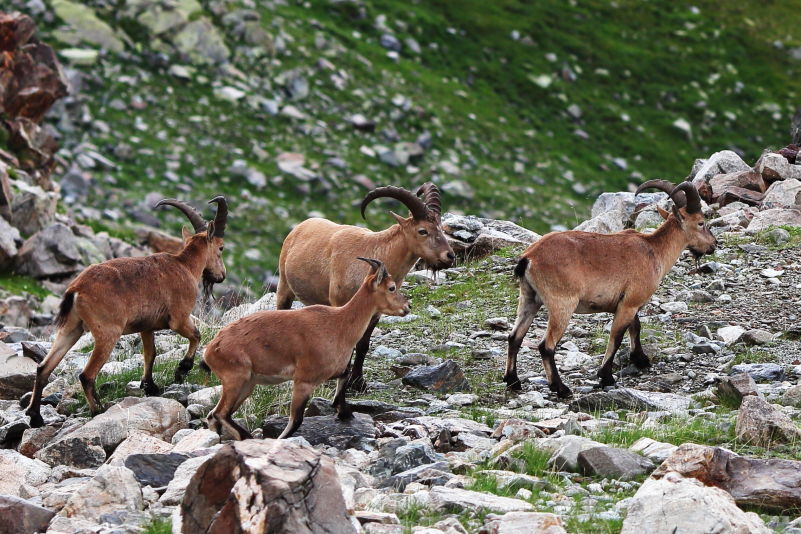 Not all wild animals are suitable for domestication. Humans need animals that group together, reproduce quickly, and can adapt to living in captivity. Genes control the ability to lose the fear of humankind enough to accept feed and husbandry. Goats with those genes are the ones that became popular among herders. Even Neolithic samples from the Balkans (circa 8100 years old) contain behavior-related genes that are present in domestic goats today. Both these genes and the tur-inherited immunity gene spread throughout the Near East population, becoming common by 6500 years ago. Tolerance of humans and resistance to parasites benefit goats having to live in confinement in large groups. Goats with such traits must have thrived, become popular, and spread between communities. Today, almost all goats bear the tur gene for parasite resistance, with the exception of a few Asian populations. 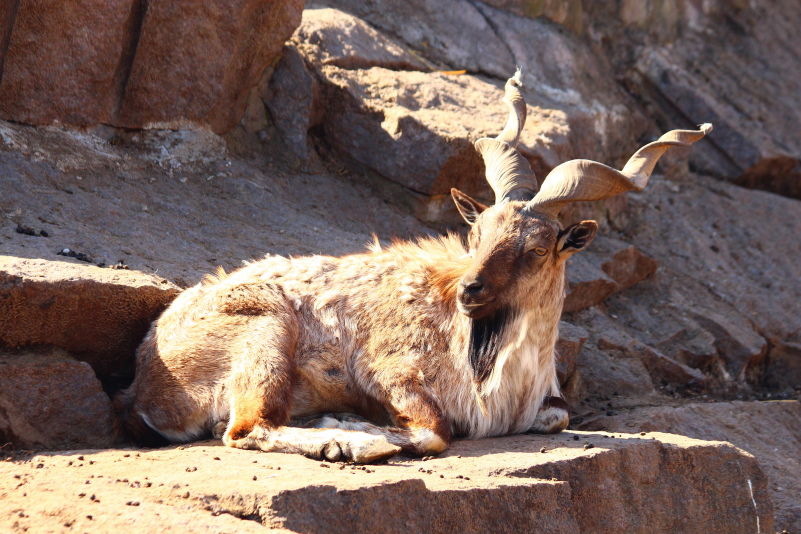 As agricultural communities developed and cereals became a common staple for people and livestock, both humans and goats developed resistance to fungal toxins present in grain. In addition to natural selection imposed by the environment and domestic management, early signs of deliberate selection are also evident in Neolithic samples. About 8000 years ago, people were already starting to select for size, fertility, udder conformation, and color. Different communities preferred distinct coat colors and patterns. Certain features became subject to preference. For example, ancient Egyptians selected for lop ears and polled individuals.

Migrations Around the World

Despite later gene exchange between different regions, modern goats in Europe, Africa, and Asia still show genetic similarities to the samples from western, southern, and eastern Neolithic sites respectively. This indicates that goats migrated across Europe from Turkey, to Asia from Iran, and to Africa from the Levant. Migrations occurred gradually as pastoralists settled into new regions.

Greece and Cyprus, in the Mediterranean, reveal settlements as early as 9000 years ago. Colonists scattered in groups along the coast and, little by little, locals chose to adopt their farming practices. Farming communities in Greece and Bulgaria started up by around 6500 years ago. Goats and farming spread northwards along the Danube to reach western Europe and Scandinavia by 4000–5000 years ago. A Mediterranean route brought goats to Italy and Spain around 7500 years ago.

Goats from the Levant migrated to Africa, crossing the Sinai to North Africa 7000 years ago. Mediterranean travelers also brought goats to the northern African coast. The grasslands of the Sahara allowed pastoralism to thrive before desertification drove herders south, reaching South Africa by 2000 years ago.

Goats from the eastern Fertile Crescent crossed the Khyber Pass into the Indian subcontinent, then traveled over land and by sea to southeast Asia. Migrants over the Eurasian Steppe brought goats to Mongolia and China by 4500 years ago.

The Mediterranean, with wild goat/ibex habitats, Neolithic settlements around the Fertile Crescent, and migration routes from sites of domestication. Distinct gene pools of Neolithic goats and different wild species are shown in different colors.

Although the biodiversity of goats diminishes with distance from their domestication centers, landraces emerged within each continent with characteristic appearance. These differences evolved as they adapted to their environment and traditional management system. For example, you will find plenty of variation in Africa, from large lop-eared goats to short-legged West African Dwarf goats. The small size makes them hardy and adaptable in the dry and changeable climate of their homeland. In addition, they have developed a special resistance to Trypanosoma parasites that cause devastation to livestock in the area.

New adaptations spread or became centralized by the cultural activities of humans. In some areas, such as trade routes, there was considerable interbreeding between different goat populations, whereas in others, herds became geographically and genetically isolated.

As people began sea trade, goats spread around the world, transported by explorers and settlers. In this way, African and Spanish goats interbred and colonized America in the fifteenth century, while goats from Britain and African sea ports landed in New Zealand, Australia, and Pacific Islands in the eighteenth century. 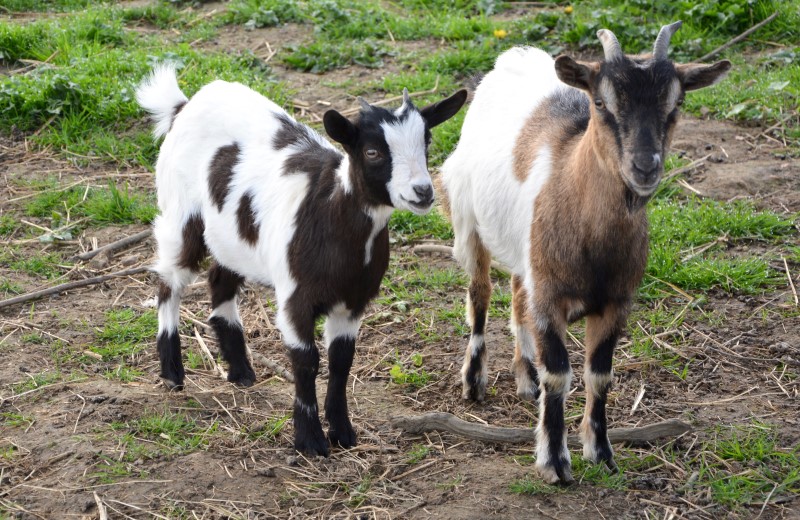 When those early goats came over to America from Portugal and Spain 500 years ago, they were landrace animals local to sea ports, and there was no concept of breed. These animals spread over South and Central America and became acclimatized to their new homes. Some traveled to the United States and became known as Spanish goats.

Similarly, in many Asian and African locations, goats have made themselves useful by adapting to local conditions and providing meat, milk, skin, and hair, with minimal input from farmers on often difficult terrain. The concept of breeds arose in Europe and North America only over the last 250 years. Improved selection techniques allowed farmers to increase yields and stabilize performance of their herds. Selection for a standard appearance served to strengthen breed identity. On the one hand, such practices reduce diversity within the breed. On the other, breed identity preserves distinct genetic packages that may otherwise be lost to modern international breeds. This new trend of commercial breeds threatens to diminish the diversity of the worldwide gene pool, whose variety assures survival of goats in a changing future. This is why we need to protect our local and heritage breeds. 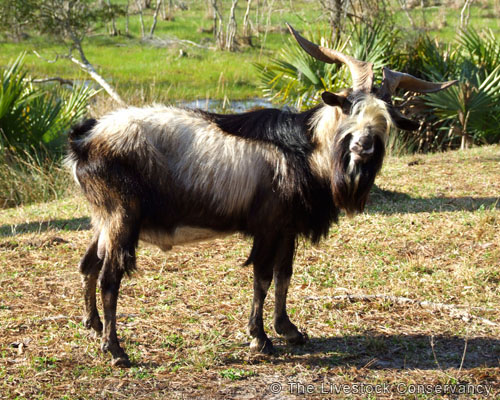 Originally published in the January/February 2021 issue of Goat Journal and regularly vetted for accuracy. You can find this article on Backyard Goats from February 10, 2021 here: https://backyardgoats.iamcountryside.com/goat-breeds/when-were-goats-domesticated/

Tamsin Cooper writes for Backyard Goats. Tamsin keeps goats and chickens on her smallholding in France, where she aspires to live as sustainably as possible. She follows the latest research on farm animal behavior and has mentored on animal welfare courses.