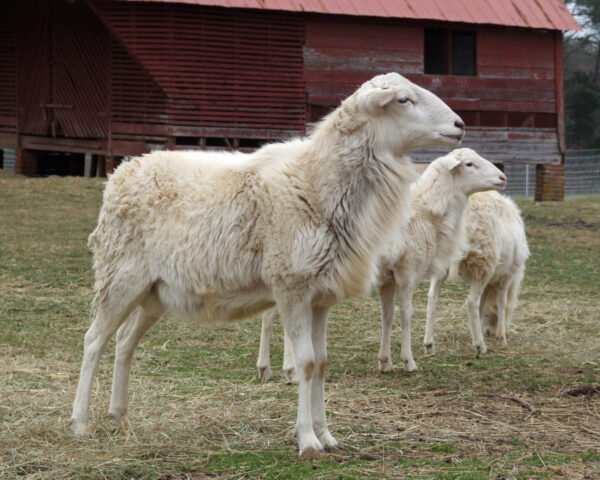 Over time, Caribbean Hair sheep became well adapted to the heat and humidity of their environment. The hair coat, which eliminates the need for shearing, is part of this adaptation. Today, there are several landrace populations within this breed family in the Caribbean. Two breeds, the Barbados Blackbelly and the St. Croix, are also found in North America.

In 1975, Dr. Warren Foote of Utah State University imported 22 ewes and three rams from St. Croix in the Virgin Islands. Foote chose a relatively consistent group of polled, white sheep from a landrace called Virgin Islands White. Offspring of this imported group were further selected for consistency of conformation, and this process has resulted in the development of the St. Croix, a standardized breed in the United States.

The St. Croix is adapted to the heat and humidity of a tropical climate, and this adaptation has several manifestations. The breed has well-documented parasite resistance, far superior to that found in most other sheep breeds. It is small, with ewes averaging 120 pounds and rams 165 pounds. St. Croix sheep are known for high fertility, and ewe lambs become fertile at about six months of age. Ewes often produce twins and have plenty of milk to raise them. Two lambings a year are not uncommon.

St. Croix sheep are excellent foragers and very easy keepers. Their browsing ability makes them useful for land management, including mowing grass in orchards and the control of invasive pest plants. Though heat tolerant, the sheep can be raised in many parts of North America. In colder areas, they grow a heavy winter coat of wool and hair that is shed in the spring. This combination of characteristics makes the breed an excellent choice for low input meat production. The St. Croix is increasing in numbers, and though it is still rare, the breed’s future seems promising.