Romeldale Sheep is an American fine wool breed and the California Variegated Mutant (CVM) is its multi-colored derivative. Both the CVM and the Romeldale are unique to the United States and are endangered. 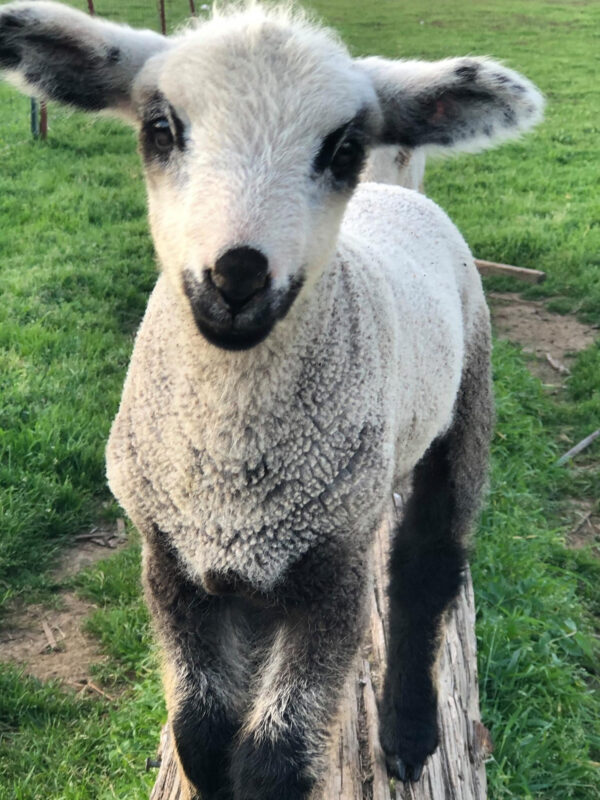 A. T. Spencer developed the Romeldale in California in the early 1900s. Spencer bought the prize-winning New Zealand Romneys in 1915 in San Francisco at the Panama-Pacific International Exposition. He bred these rams to his Rambouillet ewes, with the goal of improving both the meat and wool qualities of his stock.

This group of Romney-Rambouillet crosses were bred for several years and selected for both wool and meat quality. They became known as Romeldales. Much of the establishment of the Romeldale breed was accomplished by the J. K. Sexton family during the 1940s and 1950s. The Sextons selected the sheep for high rates of twinning, maternal ability, and non-seasonal reproduction. Soft-handling wool was also a priority, as was fleece weight (ten to fifteen pounds) with a fiber diameter of 21-25 microns. The wool of the Sexton flocks was so highly regarded that for many years the entire clip was sold to Pendleton Mills.

During the 1960s, colored lambs appeared in the Romeldale breed. Glen Eidman, a partner of the Sextons, became interested in these sheep and linebred them for several generations, further selecting for fleece quality. He referred to this group of sheep as California Variegated Mutants, usually shortened to CVM.

Romeldale sheep are white, but the classic color pattern of the CVM is the badger-face, a light body with a dark belly and dark head. This pattern creates a range of shades of color on a single fleece. Selection has increased the range of colors to include gray, black, brown, and moorit. Fleece colors darken during maturation rather than fading as the sheep ages.

CVM and Romeldale sheep may be considered two parts of a single breed. With the exception of color, CVMs and Romeldales have similar characteristics. The sheep weigh 150 to 275 pounds. The rams are active breeders, while the ewes are excellent mothers, prolific and long-lived. Twinning and ease of lambing are considered important breed attributes.

The CVM and Romeldale sheep have never been numerous, and today they are quite rare.The breed’s fleece quality and performance characteristics, however, make them useful for many production systems and valuable to handspinners and other fiber artists.