The town of Coulee Dam along the Columbia River in central Washington was the home of Mark Young who is considered the father of the Palomino rabbit breed. His efforts found their roots in his work beginning in 1910 when he began purchasing local meat rabbits with the intent to breed and produce his own breed of meat and exhibition rabbit. He set his sight on working with the occasional litters he produced that had kits of light yellow or buckskin coloration. He saved these animals and they were interbred and mixed with blood “of other sources” which remain a mystery in the story of the Palomino. The work continued up into the 1950’s. By then Mark was on track to perfecting a breed of rabbit that was beige in color and by 1951 he began calling them “The American Beige.” Later he decided differently and called them “Washingtonian.” Even so, he was not thoroughly pleased with the latter name so during the 1952 convention of the American Rabbit Breeders Association, Mark put a coffee can next to his rabbits and invited people to make suggestions for a breed name and to put them in the can. The winner was ultimately “Palomino.” By 1957 ARBA recognized the Palomino breed whose pearl gray color diluted with orange-beige was dubbed “Lynx.” The following year the bright and glossy “Golden” color variety was accepted and remains the more popular of the two Palomino color varieties. The Palomino Rabbit Co-Breeders Club was founded in 1955 even before the breed was accepted into the ARBA standard. The club to this day is very enthusiastic about their breed, promoting their beloved “Pals” in both color varieties. 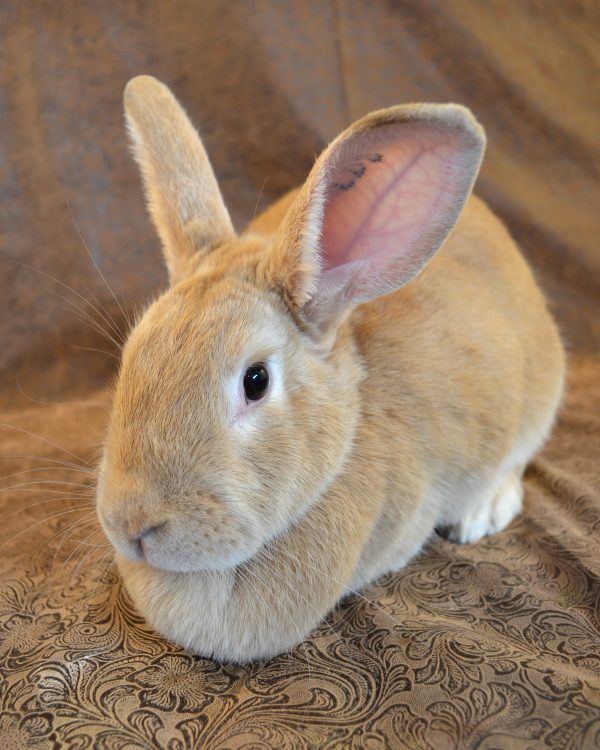 The Palomino is still an excellent meat rabbit and its attractive color varieties make them a desirable show animal or eye catching pet. They weigh 8-11 lbs and mature quickly and are very hardy rabbits.