Oxford sheep are named after its home region of Oxfordshire, England. It was developed in the 1830s by crossing Hampshires from the county to the east with Cotswolds from the west. The resulting sheep combined the hardiness, muscling, and wool quality of the Cotswold with the carcass quality and grazing ability of the Hampshire. The breed was standardized during the 1850s, and by the 1860s was known by the name Oxford. 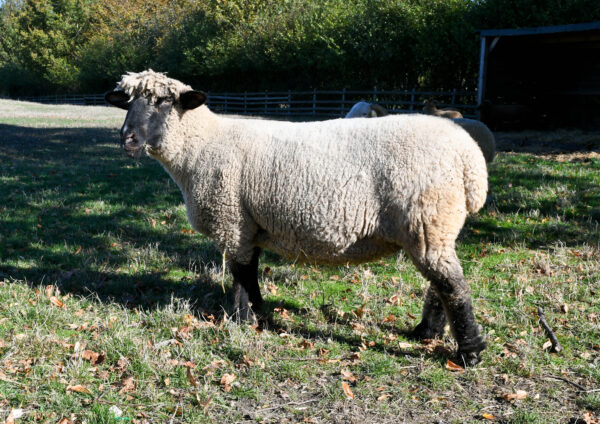 The Oxford is the largest of the English “down” breeds, developed for the lush pastures on the hills, or downs, of southern England. Other down breeds include the Hampshire, Shropshire, and Southdown. Oxfords were selected to produce meat and wool from abundant feed, and as a result, they don’t prosper on regimens of sparse feed and marginal management. They are nonetheless rugged and tolerate harsh climates.

Oxford sheep were imported into North America in the late 1840s, with importations continuing into the 1900s. The Oxford Down Record Association was founded in 1882 in Xenia, Ohio. The breed enjoyed its greatest success in eastern Canada, the Great Lakes region, and the Cornbelt, where Oxford rams were widely used on commercial ewes to improve the growth rate and carcass quality of lambs.

Oxfords are large, with rams weighing about 300 pounds and ewes 200 pounds. Sheep are quiet, docile, and easy to manage. Ewes produce single or twin lambs and show good maternal ability. While “down” breeds typically have black faces, the Oxford is more variable in color on its face and legs, which may be one of several shades of brown or gray. Oxfords produce eight to twelve pounds of resilient, medium-grade white wool that has a staple length of three to five inches.

Oxfords have historically been one of the most important of the terminal sire breeds, used as the final cross onto commercial ewes for the production of fast-growing market lambs. The breed enjoys modest popularity in other parts of the world, especially in Britain, where, after being rare for some time, it is once again increasing in numbers. The Oxford remains rare in the United States, having been supplanted by the Suffolk. This situation is difficult to explain, as research has shown time and again that the Oxford excels as the sire of market lambs and the breed’s overall profitability may be second to none.