Lincoln sheep are one of four English longwool breeds: Cotswold, Leicester Longwool, Lincoln, and Wensleydale. The Lincoln had a globally significant genetic impact on sheep breeding, but today, like most other longwool breeds, they’re globally rare and facing an uncertain future. 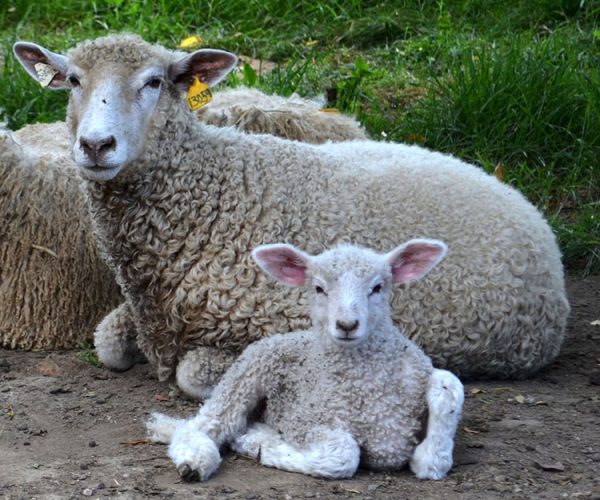 The Lincoln breed originated in the marshy lowlands of Lincolnshire, where the luxuriant pastures and turnip fields were used to produce large, long wooled sheep. In the early 1800s, Lincolnshire sheep were crossed with Robert Bakewell’s improved Leicesters, and the offspring were further selected for earlier maturation and improved meat quality. Lincolns gained attention during the mid-1800s, in part due to the inclusion of classes for this breed at the Royal Show. The impressive appearance of these large, dignified sheep caused a stir, especially since wool had high market value at this time. During the second half of the 1800s, Lincolns were exported in large numbers to Ireland, Europe, Australia, New Zealand, the United States, Canada, Brazil, and several other South American countries.

Lincoln sheep arrived in the U.S. about 1800, but they were not widely distributed until the late 1800s. The National Lincoln Sheep Association was founded in the U.S. in 1891. Lincolns were used primarily in the West and Northwest for crossing onto range ewes to increase size, hardiness, and wool clip.

Lincoln sheep are large, deep-bodied, and sturdy. Rams weigh 225 to 300 pounds, and ewes average 210 pounds. Lincoln wool is long and lustrous. The fleece grows about twelve inches per year, and each sheep produces 12 to 16 pounds of wool. Lincolns may be white or colored, including shades of gray, silver, charcoal, and black. Though hardy, Lincolns require good nutrition to perform well.

The Lincoln breed became rare globally during the 1900s. By 1980, there were fewer than 1,000 purebred Lincoln ewes remaining in Britain. Since then, numbers in the breed have increased due to a revival of interest in the breed’s wool. Today there are an estimated 1,500 ewes in Britain, with populations also found in Australia, New Zealand, Canada, and the U.S. Continued research on the global population of the breed will ensure that North American breeders gain a better understanding of their role in Lincoln breed stewardship.

A challenge facing the Lincoln breed is a disagreement within the breeder communities about the place of naturally colored Lincolns. The British association does not register colored sheep, a policy which concerns those who enjoy using the range of colors found in the breed. The National Lincoln Sheep Breeders Association in the United States registers colored Lincolns as part of the breed while maintaining separate flock books for white and colored sheep.