Notes:
Does better in cooler climates, slow to mature but hardy

Though Lilac rabbits are known to have originated in a number of locations at about the same time, the first breeder is said to be H. Onslow, of Cambridge, England. In 1913, he showed Lilacs for the first time at the famous London exhibition. Miss Mabel Illingworth also crossed her newly developed breed, the Blue Imperial, with the Havana to produce a Lilac in 1913. She called her new creation Essex Lavenders. C.H. Spruty of Gouda, Holland created the Gouda or Gowenaar in 1917, using Havanas and Blue Beverens, but these were of a greater size. In 1922, Professor R.C. Punnet of Cambridge University created what he called the Cambridge Blue using Blue Beverens and Havanas. All three of the British strains were eventually merged and the rabbits of the pinkish dove coloration became known as Lilacs. There are a number of strains of Lilacs but, because of breeders’ preferences, the colors will vary greatly as will the size of the animals. 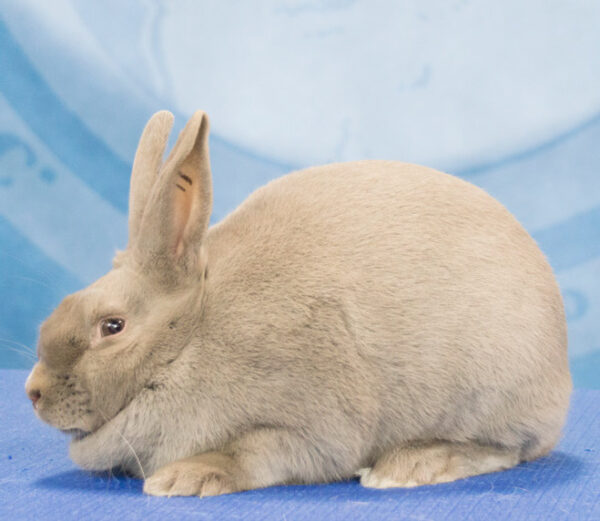 Lilacs were imported into the United States from England in 1922. Lilacs in America have never been one of the more popular breeds. Though Lilacs as bred in America have outstanding characteristics, it is the British that can claim to have achieved the best coloration for the breed – their Lilacs are truly the pinkish dove gray called for in the breed standard.

Lilac rabbits are medium-sized; with mature bucks weighing 5 1/2 to 7 1/2 pounds and does 6 to 8 pounds. They are reasonably docile in nature and are fairly good mothers. But litter size can be rather small with only 4 to 6 kits. The breed is somewhat slow to mature, but is hardy and easily raised in all wire cages.

Notes:
Does better in cooler climates, slow to mature but hardy