The Karakul breed originated in Central Asia, and its name comes from the village of Kara Kul (or Black Lake), which lies in the Bokhara region between Turkmenistan and Afghanistan near the Caspian and Black Seas. Karakuls were historically used for the production of meat, fat, wool, and pelts. Of most value were the pelts of lambs, called Persian lambskins or astrakhan, which were used to make a variety of warm, soft, and elegant garments. 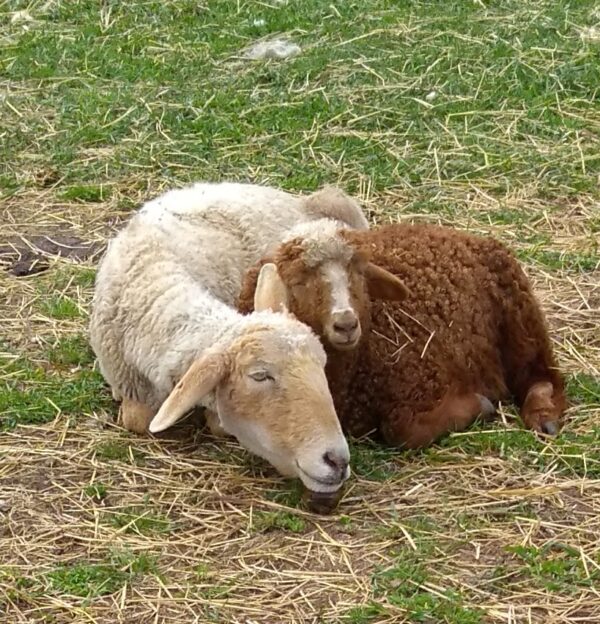 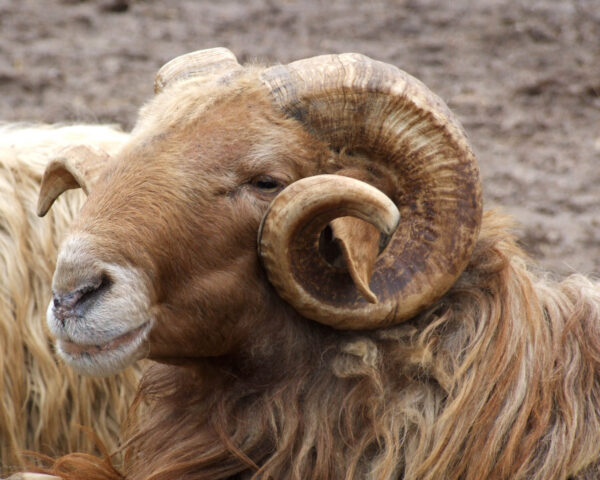 Karakul sheep were introduced into the United States between 1909 and 1936. The population in North America has been genetically divergent from Central Asian stocks since the time of importation, and this warrants classification of the American Karakul as a separate breed. Karakuls were imported to establish a pelt industry in the U.S., but this effort was not successful, and the breed has always been relatively rare.

The Karakul is a member of the family of fat-rumped and broad-tailed sheep. This breed family originated in Central Asia and Northern Africa, and it is characterized by the deposit of fat at the base of the tail instead of throughout the body. This fat is distinctive in texture and flavor from other body fat and is highly valued in the cuisine of Central Asia. The rest of the carcass is very lean.

The soft birth coat of the Karakul matures into a fleece of carpet wool, which consists of a long, lustrous outer coat and a fine, soft inner coat. Adding interest to this unusual fleece is the breed’s array of colors. Most sheep are born black and fade to gray with age, but white, red, tan, gold, and brown also occur. Hand spinners and weavers provide the market for most of the Karakul wool produced in this country. Fleeces weigh five to ten pounds and have a staple length of six to twelve inches.

Though used primarily for the production of wool, Karakuls are multipurpose sheep with many valuable characteristics. They are hardy and adaptable, thriving under rugged conditions in a variety of climates. The sheep are aggressive grazers and browsers, useful wherever pastures need improvement. Breeding out-of-season has always been a Karakul trait, and several bloodlines in the U.S. produce twins regularly. Lambing in the fall happens regularly, even in traditional landrace flocks. Ewes are attentive mothers that milk very well. Karakuls are medium in size. Rams are horned and ewes are polled.