Gulf Coast sheep, also known as Gulf Coast Native sheep, Woods sheep, and Native sheep, descend from the Spanish flocks brought to the New World by explorers and settlers beginning in the 1500s. Their genetic origins aren’t known, since a wide variety of types and breeds of sheep existed in Spain at that time. Churro sheep, multi-purpose animals used for meat, milk, and coarse wool, were commonly brought to the Americas by the Spaniards, however, and may have contributed to the breed’s foundation. At the same time, the Gulf Coast’s fine wool suggests a contribution from pre-Merino types as well. 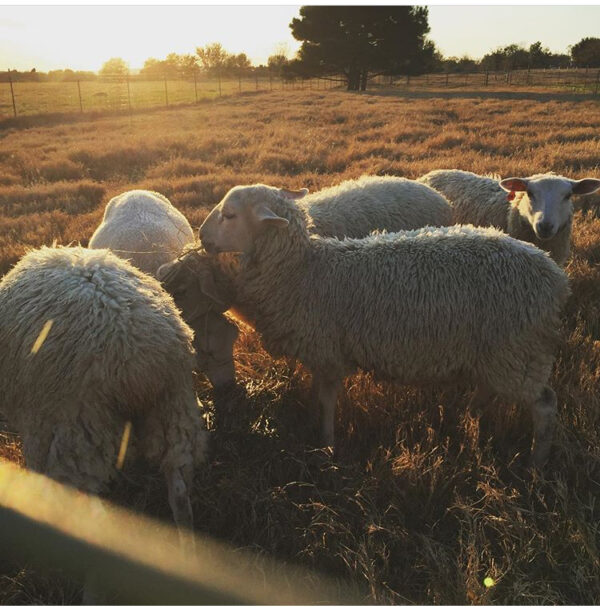 Gulf Coast sheep were used across the Southeast by Spanish missionaries, Native Americans, and European settlers as far north as the Carolinas. Spanish sheep in the Southeast were shaped primarily by natural selection, becoming well adapted to the heat and humidity of the environment.

These sheep fit their challenging environment so well that for centuries, they were the only sheep to be found in the deep South, providing wool and meat for home production. The development of anti-parasite medications in the 1900s allowed the introduction of other, larger, more productive sheep breeds to the Southeast. Gulf Coast sheep were slowly discarded by most farmers; the breed was saved only through the action of a few Southern families.

Gulf Coast sheep lack wool on their faces, legs, and bellies, an adaptation to the heat and humidity of the South. Otherwise, they tend to vary somewhat in aspects of physical appearance. Variability has also resulted from the isolation of different strains of the breed. While most sheep are white, blacks and browns also occur, and some individuals may have spotted faces and legs. Most rams and some ewes are horned, although both sexes may also be polled. Gulf Coast sheep vary in size, with rams weighing 125 to 200 pounds and ewes 90 to 160 pounds.

What is consistent among Gulf Coast sheep is their exquisite adaptation to an environment that is generally difficult for sheep. Gulf Coast breed and lamb year-round. The ewes make excellent mothers, pasture lambing without assistance. Ewes usually produce 70 percent single births, 30 percent twins, and rarely triplets. With good forage, the incidence of multiple births increases. The lambs are vigorous and grow rapidly. Gulf Coast sheep have well-documented resistance to gut parasites, foot rot, and other diseases that commonly affect sheep. These valuable performance characteristics recommend the breed for low-input sheep production.

Like other landrace breeds, the Gulf Coast has suffered from a lack of documentation and description. Researchers at the University of Florida and at Louisiana State University have addressed this problem by working to locate breed populations and describe the breed’s characteristics. Additionally, since 1995 private efforts have been underway to inventory and register Gulf Coast sheep across the Southeast.