The Cotswold is a longwool sheep breed developed on the Cotswold Hills in the west of England. Sheep have been known in this region since the time of the Roman conquest 2,000 years ago, and the breed may descend in part from the white sheep brought to England by the Romans. 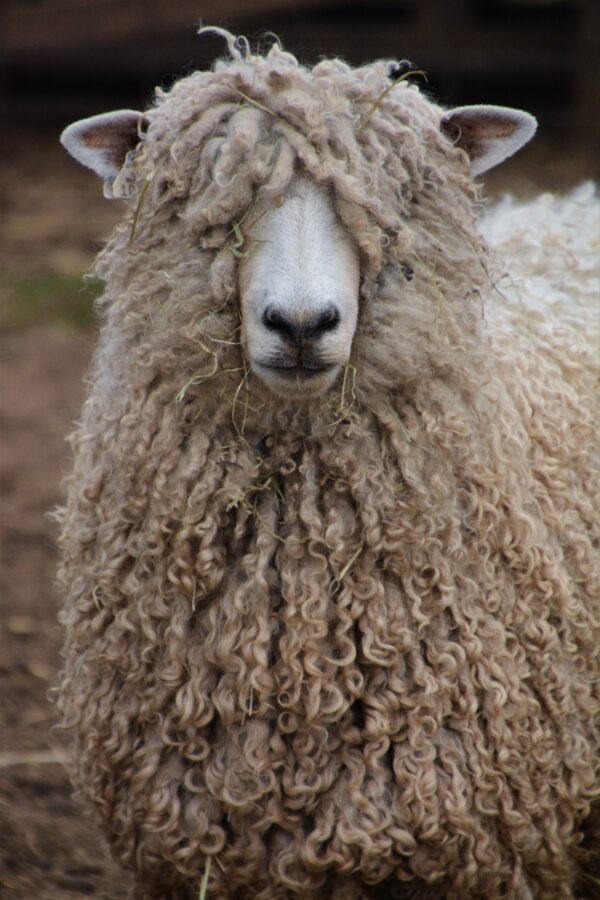 The Cotswold breed was the foundation for the economic development of the Cotswold region, which is marked by “wool” churches and estates. Wool profits also financed the exploration and trade expansion of the British Empire beginning in the Elizabethan Era to such an extent that even today the British Chancellor of the Exchequer sits on a ceremonial Cotswold wool sack.

The modern form of the Cotswold breed was developed between 1780 and 1820, and importations to the United States began about that time. The American Cotswold Record Association was established in 1878. The breed was particularly valued for crossing onto fine wool ewes to produce large lambs that could be used for meat or kept for their heavy fleeces. This success in crossbreeding, coupled with the lack of market demand for pure stock (thought to be too large and slow growing) led to the near extinction of the Cotswold by the middle of the 1900s. In the last twenty years, however, the breed has experienced a revival of interest, due primarily to the rediscovery of its wool by fiber crafters.

Cotswold fleece hangs in locks, and the fibers have a lustrous, silky sheen. A heavy forelock falling over the face is a characteristic of the breed. The fleece has a seven to thirteen-inch staple length and weighs thirteen to fifteen pounds. Fiber diameter ranges from 33 to 42 microns.

Cotswolds are large framed sheep, and mature animals weigh 200 to 300 pounds. They are efficient grazers, but require good forage for best performance. Cotswold sheep are known for their docile dispositions, and the ewes are excellent mothers. The breed’s name reflects the traditional habitat of the sheep: “cots” for the cotes or small sheepfolds where they were sheltered at night on the “wold,” treeless hilly land.

Until recently, only white sheep were considered part of the Cotswold breed, though registration is now available for black sheep. These sheep are called black but their colors vary across a beautiful range of silver, bluish-gray, and charcoal hues.