Brabants are a heavy draft breed from Belgium. They were one of the founding influences of the American Belgian horse and contributed to most other western European heavy draft horse breeds. The American Belgian and Brabant have undergone fairly complete genetic isolation from one another for nearly a century. Selection by breeders for a different style of horse has led to two very distinct breeds from this once common origin. 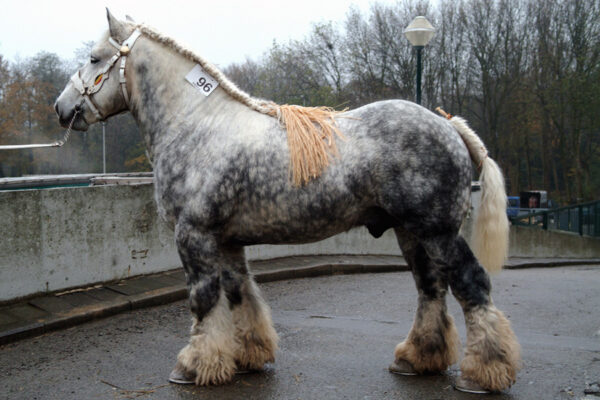 Brabants are heavy, thick horses used for agricultural work and are the heaviest of all draft breeds. They come in a wide range of colors, with bay, bay roan, chestnut, chestnut roan, and blue roan being common in the breed. This breed has been re-imported into the USA beginning in the early 1970s, and now has an active breed group. While once eligible for registration in the American Belgian herdbook, an association decision was made to separate the two breeds due to their long isolation from one another and their very distinct types.

The American Brabant Association was formed in 1999 to conserve and promote the breed.