The Akhal-Teke descends from the raiding horses of Turkmenistan first described over 3,000 years ago. The modern form of the Akhal-Teke dates to about the eighth century, and thus the breed represents the purest living descendant of the ancient Scythian horse. The name “Akhal” means pure, and is also the name of a remote oasis associated with the nomadic Teke tribe, with whom the breed shares the second half of its name. The Tekemene people descend from the ancient Scythinas and have long resided in Turkmenistan – a region located on the northern borders of Iran and Afghanistan. The nomadic life of the Tekes made it necessary for them to have horses of great endurance that could travel long distances swiftly and without difficulty. The Tekes developed horses of fiery temperament and great stamina whose fame spread throughout the ancient world and became highly desired as war and racing horses. The Tekes created and sustained this breed for thousands of years through an oral tradition of maintaining bloodlines. For many centuries, the Akhal-Teke ­remained relatively unchanged. It was found primarily in Central Asia, but also existed as far north and west as Russia, where it was kept in the royal stables. Turkmene people remained proud of their horses and in 1935 staged an amazing promotional effort to bring attention to the breed. The event took a mounted group of Akhal-Teke stallions over 2,500 miles from the capital of Turkmenistan, Ashkabahad, to Moscow in 84 days. One segment of the trip was a 225 mile crossing of the KaraKum desert. The horses successfully covered the distance across the desert in 3 days, with little water available. This amazing ride of endurance was repeated in 1988. 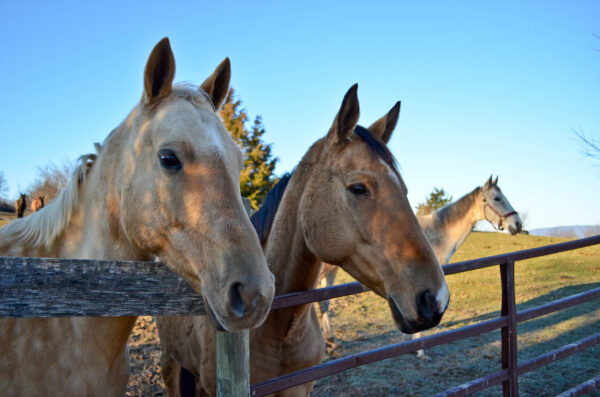 Despite common Western beliefs, the Akhal-Teke almost certainly predates the development of the Arabian horse. Historically Turkmenian stocks had profound influence on the development of horse breeds in Europe, and most notably the English Thoroughbred. It is now hypothesized that at least two of the three founding sires of the Thoroughbred had Turkmenian blood, and were likely Akhal-Tekes. Perhaps the most famous Akhal-Teke was the Russian horse Absent, who won the Olympic gold medal in dressage in 1960 and had a career total of six medals – the most ever earned by any individual horse.

The Akhal-Teke, with its slim build and flowing stride, gives the impression of being an equine version of a Greyhound. Akhal-Teke horses are long in every dimension, with tapering heads, thin necks, and lean bodies. They have strong legs, with dense bone and hard hooves. Smooth and elastic gaits make them appear to float above the ground. The mane and forelock are sparse, the skin is thin, and the coat is short and silky. In winter, a dense undercoat provides warmth. Although found in a wide array of colors, gold predominates and has a distinctive metallic sheen characteristic to the breed. The metallic sheen is caused by the unique structure of the hair that bends light through one side of the hair and refracts it out the other side, causing the golden cast to the horses’ coats.

Akhal-Teke horses average 15.2 hands (62″) at the withers and weigh 900–1,000 pounds. They are known to be very intelligent horses that respond well to sensitive training. The Akhal-Teke is a globally rare breed, with an estimated population of less than 7,000. Akhal-Teke horses excel in many pursuits, including endurance, dressage, and jumping. Despite these abilities and ancient lineage, the breed has been difficult to promote in North America; its strange name, unusual body shape and color, and somewhat smaller size mean that the Akhal-Teke does not match the Thoroughbred/Warmblood sport horse profile that is popular today. Gradually, the success of a few horses is giving the breed more ­recognition, and a broader base of promotional activity has been established. If successfully conserved, the Akhal-Teke population in North America can be an important genetic reservoir for this ancient breed.