Notes:
A small but strong mount that can do the work of a horse

Galiceño horses have a storied history in America. On his second voyage to the “New World,” Christopher Columbus brought horses and established breeding herds on Hispaniola. Hernan Cortes followed in 1500 and also brought horses from the Galician province of Northern Spain to Cuba and established a breeding herd. Nineteen years later, when he invaded the mainland of Mexico, he brought along some of these horses which significantly impressed the natives and resulted in them believing the Spaniards were “gods.”

After the defeat of the Aztecs, horses were brought to the mainland for the Spaniards who were colonizing Southern Mexico. There, these horses were free to breed, and through 500 years of natural selection, rather than artificial selection by humans, the modern-day Galiceños came to be. DNA evidence from the Texas A&M Genetics Lab shows that Galiceños are very closely related to the Iberian Garrano. Galiceños are therefore the earliest “Spanish Colonial Horse” in the Americas and considered very pure, showing little if any genetic exchange with other breeds because of their isolation. 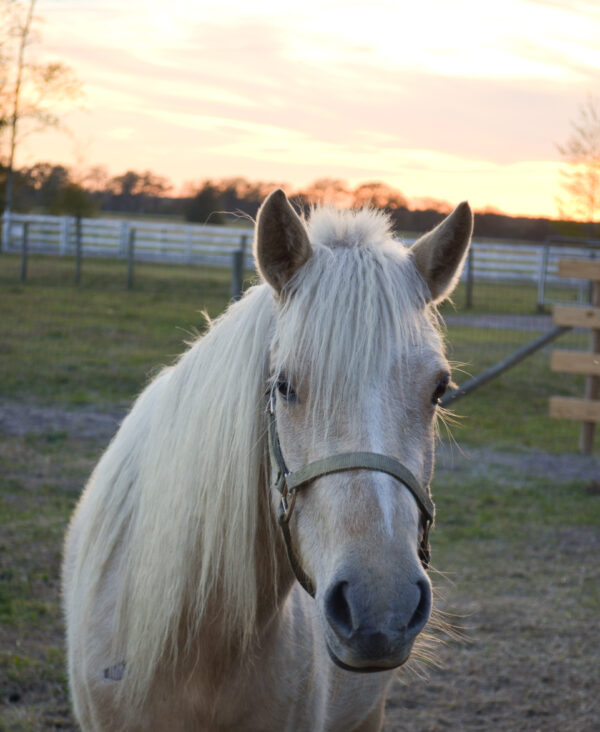 Many of these horses were brought into the United States from 1958 through the mid ’60’s by Harvey Mecom of Liberty, Texas. Glenn Bracken of Tyler, Texas, and Charles Dolan of Eagle Pass, Texas began importing these horses to the Lone Star State and in 1959, established the Galiceño Horse Breeders Association.

Hundreds of Galiceños were brought into the U.S. in those early years and dispersed throughout the country. The breed was successfully kept and bred in southern humid and dry climates, as well as northern climates such as Washington, Idaho, and British Columbia. Many were used for crossing to “improve” other breeds. They are part of the ancestry of the famous King’s Ranch cutting horses, as well as the early breeding of POAs.

Currently, the numbers of Galiceños have declined to critically low numbers, with less than 200 still in existence. Most of which are not in breeding situations. Fortunately, the DNA analysis by Texas A&M Genetics Lab shows that existing breeding stock has a high level of heterozygosity. Recent efforts by members of The Livestock Conservancy to save this breed have resulted in establishing new breeders around the country.

Galiceños grow to be 12 to 13.2 hands in height and can be found in many colors, including black, bay, chestnut, cremello, palomino, lineback duns, buckskins, and roans. Pinto and Appaloosa patterns are not found in this breed. In profile, the head is straight or convex. The nostrils are crescent-shaped and very elastic, allowing a large opening for maximum airflow during strenuous activity. The ears are small and hooked inward at the tip. The chest is narrow and deep. Chestnuts on the legs are small or absent. The back is short. The neck, shoulder, back, hip, and depth of the chest are equal in length. The hip is rounded and shows no crease along the vertebrae.

Although small in size, the larger horses are fully capable of carrying an adult human very efficiently. Their normal gaits are smooth and easy on the rider. Some Galiceños exhibit a smooth “running walk.” They are intelligent and exceptionally gentle horses that have a desire to please. They also have a very strong herding dynamic. Stallions can be kept together with very little aggression between individuals. Mares’ estrus cycles continue through most of the year except perhaps October through January as births are known from January through September. Gestation is typically 11 months, although occasionally may go for 12 months. They’re easy keepers with hay or pasture, but may need some grain supplement in the winter of minimum 10% protein, 6% fat quality feed.

Historically, Galiceños were used for ranch work and still are in parts of Texas. Their endurance and stamina enable them to be excellent trail horses for children and adults. Their agility makes them perfect for competitions and they excel in barrel racing. Their intelligence makes them easy to train for obstacle challenges. Galiceños also are perfect for driving. They carry themselves well and are excellent horses in the dressage arena. The current market has been limited due to their size because of a common belief that adults need larger horses. However, older riders are discovering that it’s easier to mount a smaller horse fully capable of carrying an adult. Excellent possibilities for the breed are in the “Pony” Hunter/Jumper show circuits.

Additional opportunities are being developed in hippotherapy where it is so important that the horse responds to its rider, moving under the rider such that the rider is kept centered. Galiceños do this naturally and, in general, are very gentle with children.

Notes:
A small but strong mount that can do the work of a horse